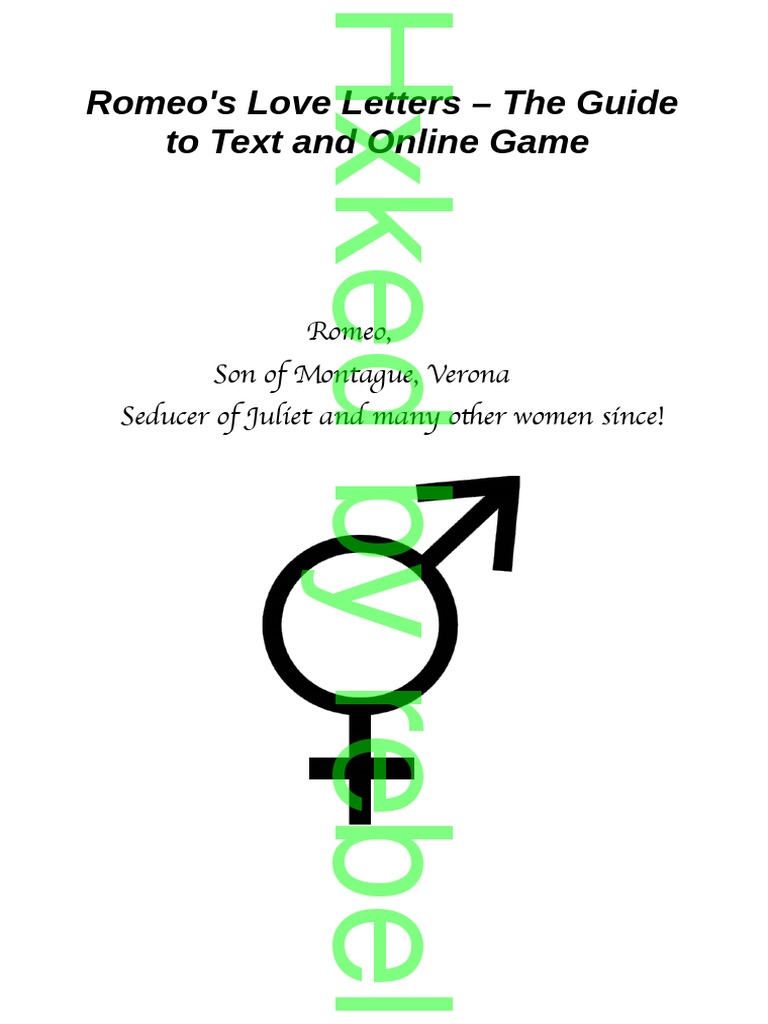 Romeo’s Love Letters – The Guide to Text and Online Game

In 2006, I entered the world of Pick Up as an AFC with absolutely no skills, no direction and my Rosaline had friend zoned me and I was, her bitch. While I fnally took action to change in 2006, it was not until 2007 that I undertook a Neurolinguistic Programming course to reshape how I perceive and hence frame sets. Deviating from NLP, I undertook the equivalence of a sabbatical where I lived the life projected in the flm, ‘Fight Club.’ I learned the rules on how to survive and made plenty of mistakes, learning immeasurable lessons along the way.

Fast forward to 2014, I’m no longer the AFC and it’s almost nostalgic and cringeworthy! Today, I can gladly say that I’m satisfed with who I am and how far I’ve come. I am no longer restricted and hindered by presumptions. As an Australian, I’ve conquered the clubs of New York, Rio de Janeiro, Oslo, Moscow, Hong Kong and most recently Ibiza and it is amazing.

Now, for those who are interested in how to conquer the hottest clubs of the world, I invite you to read my introductory guide to Pick Up, from approaches, openers and so on, until closing. It is what the Mystery Method should have been! Mystery is a great pioneer of pick up, however, as a widely travelled veteran who has seen it evolve from underground material, to cavemanning to heavy negging to what it has evolved to now, a lot of principles have changed particularly if you are relatively new to the game of attraction. Unfortunately, while Mystery explains how to DHV status in a club, there are signifcant shortfalls in other important areas such as framing and dynamically controlling the interaction. These areas that are important for AFCs who are interested in working towards being consistently successful. The guide is called, ‘How I closed Juliet’ and is currently.

How to Sell Yourself: Winning Techniques for Selling Yourself…Your Ideas…Your Message